Introduction to the Doctrine of Justification: Definitions

The establishment of a sinner in a righteous standing before God. The verb dikaioo means “to declare or demonstrate to be righteous” (Matt. 11:19; 12:37; Luke 7:29; 10:29). The cognate nouns are dikaiosune (Rom. 1:17), dikaiosis (Rom. 4:25), and dikaioma (Rom. 1:32; 5:16, 18). Dikaiosune is always translated “righteousness” and denotes a perfect rectitude according to the standard of God’s character revealed in His law. The phrase “the righteousness of God” may denote the divine attribute of righteousness, or in the great soteriological teaching of Romans, the righteousness God has provided to give His people a title to eternal life (Rom. 3:22; 5:17, “the gift of righteousness”).

There is no more scriptural or succinct theological definition of justification than that given by the Westminster Shorter Catechism: “Justification is an act of God’s free grace, wherein He pardoneth all our sins, and accepteth us as righteous in His sight, only for the righteousness of Christ imputed to us, and received by faith alone” (Q. 33; see Westminster Confession of Faith, chap. 11).

The Two Elements in Justification

The two elements in justification are pardon and imputed righteousness. That is, the total obedience of Christ, both passive and active, avails for the believer. The vicarious atonement of Christ pays the debt of the believer’s sin, satisfies divine justice on his behalf, and renders it possible for God to be just and yet to justify him (Rom. 3:26). The imputed righteousness of Christ gives the believer “the adoption of children” (Gal. 4:5) and the title to eternal life.
Characteristics of Justification

1. Justification is an act, not a process (Rom. 5:1). It is something that has taken place in the justified, not something that is constantly taking place.

2. It is an act of the free grace of God toward sinners who are personally guilty and deserving of His wrath (Rom. 3:25).

3. It is a forensic act. It describes a change in the legal standing of the justified person. It does not describe the inner moral change God effects in all those whom He saves (2 Cor. 5:21). This is a vital truth. “God made him [Christ] to be sin for us” does not mean that Christ became morally corrupted. It solely describes a forensic transaction. Similarly, when as a result of that transaction we are “made the righteousness of God in him,” there is no reference to an inner moral change. It does not mean we are made morally sinless or pure. It means that God has radically changed our legal standing before His law. Thus justify means “to declare righteous,” not “to make righteous” (see Psa. 51:4). The statement in Rom. 5:19 that through Christ’s obedience “shall many be made righteous” uses the verb kathistemi which means “appoint, constitute.” It describes the place we occupy, not a purification of our nature.

6. It is equally complete in all the justified. It cannot be increased or decreased (Rom. 5:19; 1 Cor. 1:30). All Christians are not equally mature, or holy. But all believers are equally “justified from all things” (Acts 13:39). They all have the same basis for their acceptance by God, the righteousness of Christ.

7. It invariably leads to glorification. No justified person can perish: “whom he justified, them he also glorified” (Rom. 8:30).

There is no discrepancy between Paul and James. There is a difference of emphasis in response to the particular form of opposition each apostle was combatting. Paul was opposing the legalist who taught justification by works. James was opposing the antinomian (see Antinomianism) whose profession of justifying faith was united to a life of blatant ungodliness. Paul teaches that we are justified by faith as the sole instrument of reception, excluding works or any mixture of faith and works. James teaches that the faith that justifies is never alone. It is a living faith and therefore will express itself in good works. Good works are the evidence of the reality of justifying faith, not a substitute for it, a preparation for it, or an addition to it. Buchanan in his Justification, terms justification according to Paul actual justification, and justification according to James declarative justification.
Confusion about Justification

The doctrine of justification lies at the very heart of all biblical soteriology. Yet prior to the Reformation, confusion reigned on the meaning of the term. Even in very early times, the legal aspect of justification so clearly set forth in the New Testament was overlooked with the result that it was common for justification to be confused with regeneration or sanctification.

Thomas Aquinas set the standard for medieval views on the subject. He taught that the first element in justification was the infusion of grace, on the ground of which the second element, pardon for sins, was given. Thus the Roman Catholic doctrine of justification in baptism was laid down. As Aquinas’ doctrine was developed, Rome came to assert more and more blatantly that the justification received in baptism could be increased or lost by human activity. This laid the ground for the Tridentine decree that justification depends at least in part upon personal merit.

“2. Justification takes place outside of the sinner in the tribunal of God, and does not change his inner life, though the sentence is brought home to him subjectively. Sanctification on the other hand, takes place in the inner life of man and gradually affects his whole being.

“3. Justification takes place once for all. It is not repeated, neither is it a process; it is complete at once and for all time. There is no more or less in justification, man is either fully justified, or he is not justified at all. In distinction from it, sanctification is a continuous process, which is never completed in this life.

“4. While the meritorious cause of both lies in the merits of Christ, there is a difference in the efficient cause. Speaking economically, God the Father declares the sinner righteous, and God the Holy Spirit sanctifies him” (Systematic Theology, pp. 513, 514).

Justification the Same for OT and NT Believers

This justification is in all respects the same for believers under both the Old and New Testaments (Gal. 3:9, 13, 14; Rom. 4:1–6, 16). Abraham was justified on the very same ground and in the very same way as believers in the NT . We are “blessed with faithful Abraham.” He is the “father of all them that believe” (Rom. 4:11). David rejoiced in the very same justification we enjoy (Ps. 32:1, 2; Rom. 4:6). The only righteousness that ever gave any man a title to heaven is the righteousness of Christ freely imputed to him and received by faith alone.

Luther’s insight was accurate when he declared the biblical doctrine of justification to be articulus ecclesiae stantis aut cadentis, the article of faith that marks whether a church is standing or falling. Paul realized its immense importance to the entire gospel scheme and pronounced God’s curse on anyone, even an angel from heaven, who preached any other gospel (Gal. 1:8, 9). This is the gospel of which the apostle was “not ashamed … for it is the power of God unto salvation to every one that believeth” (Rom. 1:16). 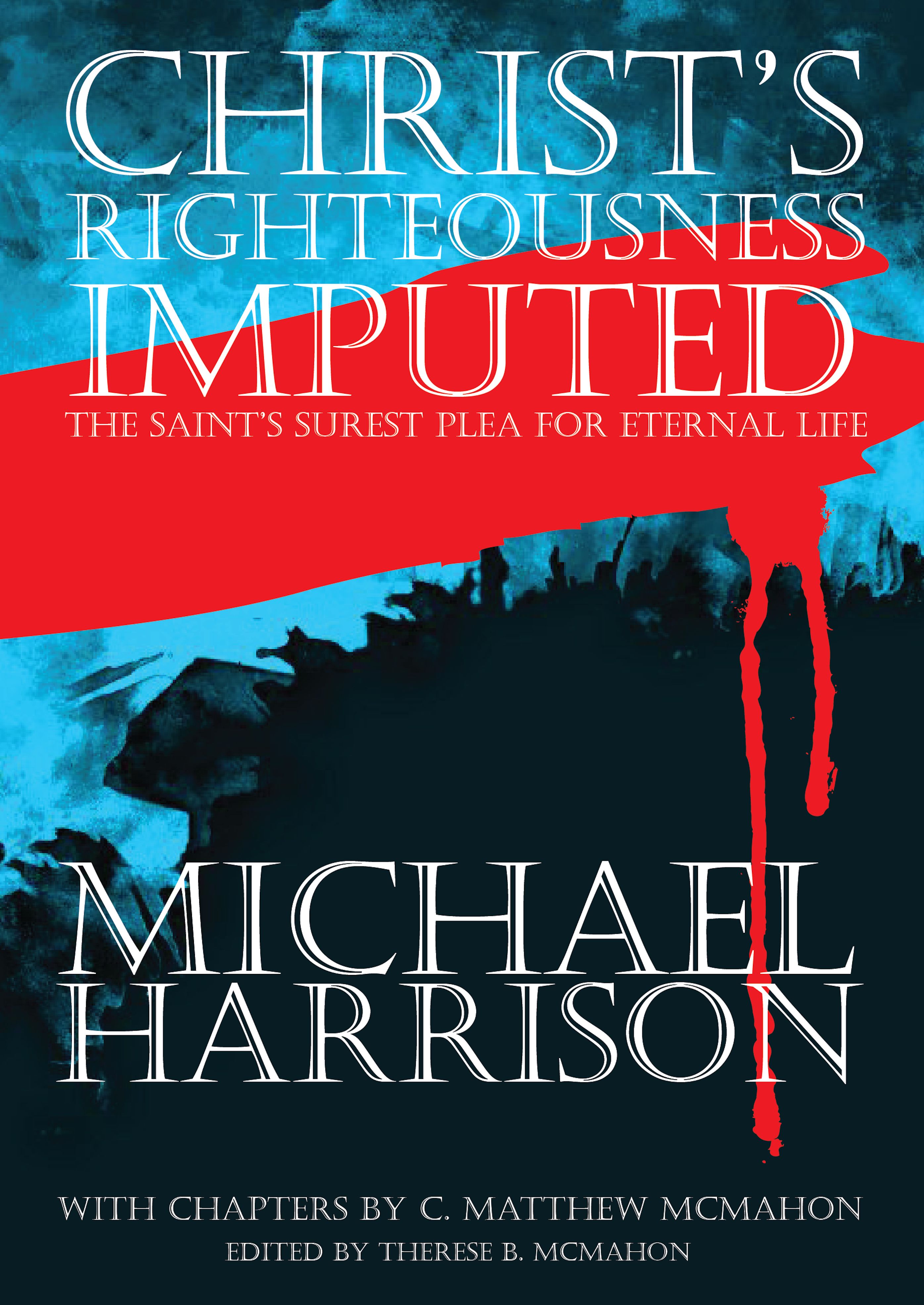 Christian believers have a hard time explaining their understanding of justification through the imputed righteousness of Jesus Christ. Harrison aids the reader to take a important doctrine, and make it simple to understand. It is one of his best and most biblical works. 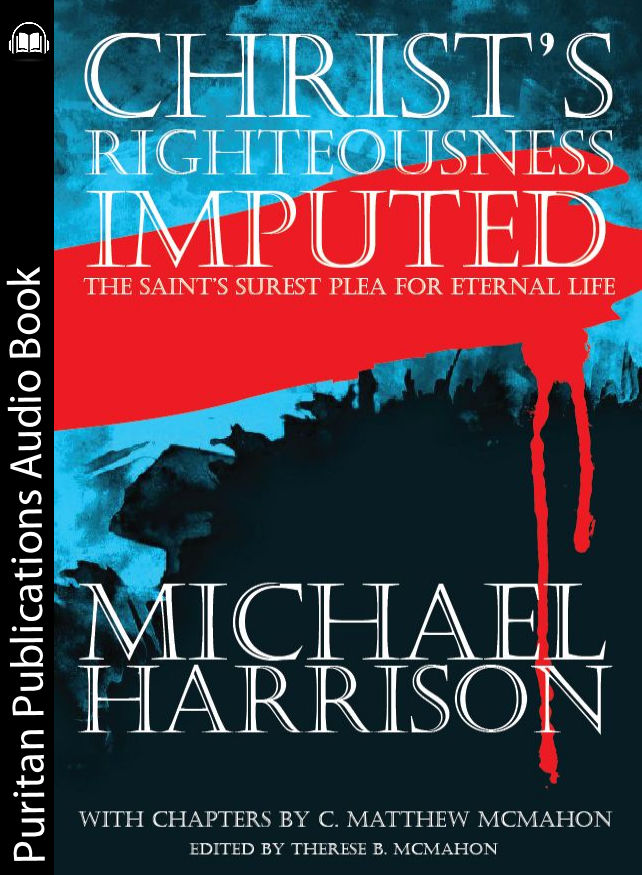 Are you ready to stand before God and Jesus Christ on the Day of Judgment? How will you stand securely? It is only by and in the RIGHTEOUSNESS OF JESUS CHRIST ALONE.

In this classic work, Edwards covers the intricacies of how believers are made righteous only through Christ’s merits, and that this justifying righteousness is equally imputed to all elect believers.

How will you as a sinner stand before the all-righteous God on the day of Judgment safely? John Beart masterfully explains the doctrine of justification and practically applies the manner in which elect sinners will stand before God on judgment day.

If one were to be remembered in church history for one book written in a lifetime, what would it be? For John Eedes it is this work on Justification. Justification by faith alone is the cornerstone of the Gospel.

What Think Ye of Christ? by George Whitefield

The Lord our Righteousness by George Whitefield

The Doctrines of Repentance and Justification by Scott Bushey

New Confusions for Old: Rome and Justification by Roger Wagner

A Treatise On Justification by Faith by Archibald Alexander, D.D.

Jesus and His Active Obedience by RC Sproul

Jesus Not Only Died for Us, He Lived for Us by RC Sproul

Just As If I’d never sinned? Not Really. by C. Matthew McMahon

The Immediate and Only Ground of Justification: The Imputed Righteousness of Christ by James Buchanan

The Doctrine of Justification: its Ground, Nature and Condition by John Girardeau (1890)

Justification: The Article by Which the Church Stands or Falls by C. Matthew McMahon

The Active and Passive Obedience of Jesus Christ by C. Matthew McMahon

The Early Church and Justification Compiled by C. Matthew McMahon

The Immediate and Only Ground of Justification by Dr. James Buchanan (1804-1870)

On Justification by Leonardus Rijssenius

William Perkins on Union with Christ and Justification by J.V. Fesko (2010)

Of Justification by Thomas Boston

Justification is by Grace Alone by John Calvin (PDF)

Justification by an Imputed Righteousness by John Bunyan

How did Jesus view himself in the Gospels? Who is this divine Son of Man who comes down out of heaven to justify sinners? Do you see Christ clearly?

There is no better work outside of Scripture on this topic than Brinsley’s. It is a puritan masterpiece and will no doubt transform your life. Christians cannot walk away from this book unchanged.

What should a sinner first do in inquiring how to be rid of all his sins? Byfield (almost exhaustively) catalogs the Biblical sins which must be fully repented of during conversion before God.

Are acquainted with God? Janeway demonstrates that this is not simply knowing about God, but an experimental knowledge of God. Powerful teaching by an eminent Puritan.

Where did sin come from? Or for that matter, all the people on the face of the earth after Adam and Eve? What do you know about primeval history? How does God justify sinners?

Join our mailing list to receive the latest news and updates from our ring of reformed sites.

Keep up to date on new articles, new reformed and puritan books, and coupons for purchasing some of the best reformed literature in print!

You have Successfully Subscribed!